GiangHana Le from Vietnam fall in love with Cluj. Why!?

Maybe some of you wonder “ what’s Cluj “ or even “ where that is? “ and why do I love this place called Cluj. Let me tell you a bit about this place. Cluj is a small city in Romania in Eastern Europe, where I have spent 4 years and it turned out to be the best 4 years of my life, filled with new experiences and new people but overall the best times I have had. Few reasons I fell in love with this place were that it’s a very small and peaceful city. From Vietnam, living in Hanoi before I came to Cluj, from where people always rushes and the traffic jam s awful, I was really impressed when the Clujeans always wait for the red line so nobody is in a rush, everyone is nice and calm, it’s a feeling I can’t explain. 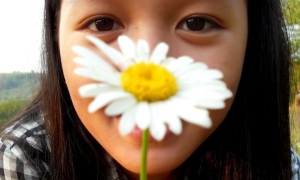 To be completely honest , I was bored of this city for a while when I didn’t know so many people or have many friends. Cluj is not a touristic attraction, so you won’t have to worry about people trying to charge you extra for expenses or be taken advantage of by paying double or triple more than the real price of anything. On the other hand, one of the advantages is that you can speak English with everyone, everywhere you’d go because it’s an University city filled with student from all the places you could imagine. Living in Romania for that much time, I came to realize that the Romanian Educational system teaches a high variety of languages starting from an early age. Due to that, Romanians can speak really well a lot more languages comparing to other countries, so you can easily find people being able to speak up to 3 – 4 languages. I got really impressed aswell, that almost all my classmates were speaking 4 – 5 languages.

After a while of living there, I found out that the night life in Cluj is pretty amazing considering there are so many students that just wanna have fun on their free time. There are tons of bars and clubs , you can easily look around and see sexy girls everywhere, walking on the streets in their high heels and short skirts ( That’s why my French friends said Cluj's heaven of beautiful girls, they don’t ever wanna leave here ) . Comparing to other European cities, Cluj is also very cheap. You can have a cheap meal at a restaurant for around 3 – 5 euros only and that’s the same price for Clubs entry as well at maximum, but also most of the clubs have days when girls do get to enter for free and some free drinks as well ( girls always have advantages ). For the same amount of price you can even go to an Opera show, so I was very impressed with that.

My favorite things to do in Cluj:

One more thing that you can see in Cluj, is that there’re many Hungarian speakers and even though they’re born in Romania but natively from Hungary, they still say and claim they’re Hungarian. For me honestly they’re still Romanian but just natively from Hungary, because I believe that the country you’re born and educated in it’s your country and it’s where you belong to. That’s my opinion, I am not defending anything and I deffinitly don’t have anything against anyone. Just a simple and honest opinion from an Asian who loves Cluj and everything that belongs and comes with it.

If I were to talk about Cluj, I could speak over and over for days, because I have met so many warmfull and nice people. They’re not even from Cluj, but it’s the place where I met them. One of the nicest friend I met there, is from Brasov (another city of Romania ) and she’s a very smart and hard working person, but she always helps another person before herself. She is the one that has helped me the first time when I was a girl who could only speak Romanian and French while taking English line (I have studied French line when I was at high school ). My other adorable friend that I met there is from Turkmenistan. She thought of me before herself and spend her time with me when I got sick with rubella and took care of me each time I got sick or anything happened. Or all my lovely roommates who always tried to teach me Romanian and feed me with their homemade foods. And there re still more and more nice people I have met there.

I won’t ever forget this city where I studied and grown up as a person. It changed me and taught me new things and I will always look at the time spend there as one of the best experiences of my life.

You should visit Cluj Napoca!

GiangHana Le from Vietnam fall in love with Cluj. Why!?

You should visit Cluj Napoca!